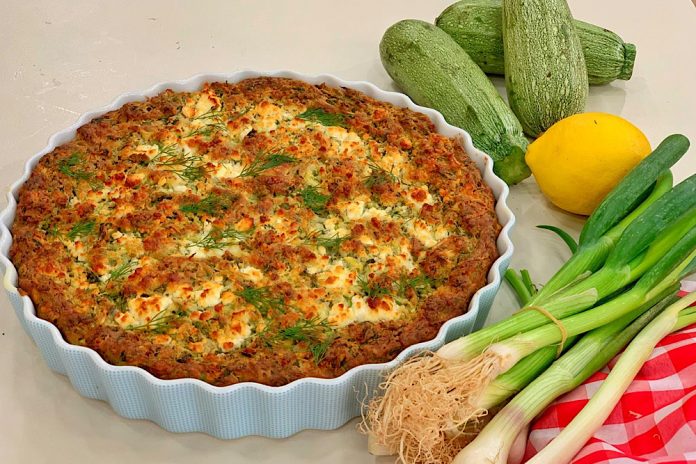 Batzina is a traditional pie from Thessalia, which is made without fyllo and has a thin thickness. In the past, this pie was made from flour, cheese, milk, eggs. When zucchini was added, the pie that created called Batzina. Initially, however, the traditional batzina did not contain zucchini, but took its name from the cheese it contained. The word batzina comes from the word batzos  which is a Greek white, hard goat’s and sheep’s cheese, originating in Western Macedonia. Here I suggest it to you in today’s version with zucchini.

Lovely and fragrant the batzina to serve at the family table to steal the show! A summer meal in a recipe that is easy and does not require special cooking skills. And for the curious, if anyone asks you, “What is a “batzina?” you answer the “zucchini pie without fyllo”!

No votes so far! Be the first to rate this post.

We are sorry that this post was not useful for you!